Home Lifestyle Basics of the Construction of a Cord Reel 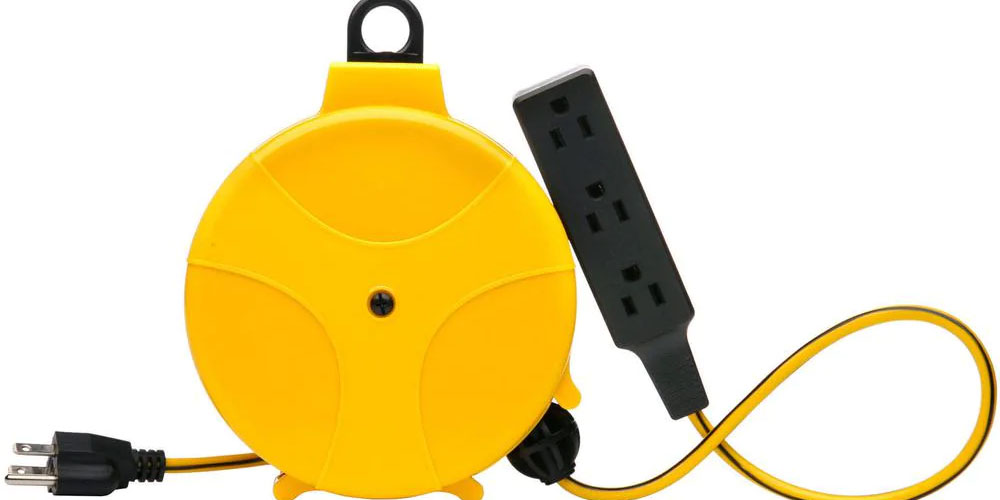 Cord reels (https://giraffetools.com/products/giraffe-tools-retractable-extension-cord-reel) are designed to cater for multiple applications to provide machines with power from a power outlet. Over recent years, their designs have evolved to more complex equipment with more application-specific components hence increasing their value. Several cord reel models exist, and some cheaper ones are used for portable lighting. However, heavy-duty cord reels are more expensive and are used in most commercial applications. In this post, we discuss cord reel construction and outlets.

Cord reels consist of three primary components: the frame and drum, collector ring and brush assembly, and the cord reel drive system. The frame is the outer part of the drum that supports it and prevents the cord from sliding off the drum. It is made using cast aluminum which makes it durable and strong with increased efficiency.

The cord reel system is responsible for winding and unwinding the cord. Since the machine is not stationary, cable tension must be kept constant to allow the cable slack winding when the machine is in motion. In some cases, the cord is pulled out of the reel, extended to the preferred length, and locked using an adjustable lock or rachet.

You can use the cord, and when done, the cord retracts back till it’s needed for subsequent use. Steel springs are used in most cord reels; however, they have plenty of limitations that have prompted manufacturers’ introduction of alternative drives such as electric torque and electric gear motors.

Cord reels have four outlets that prevent the cords from twisting, bending, and rubbing, causing friction. The outlets include four roller outlet, two roller outlet, a guide rail, and a swivel outlet.

The outlet comprises four rollers in a bracket mounted or fixed in a square or rectangular arrangement. This outlet allows you to pull out the cord in any direction at a 30 degrees angle from the center.

It is generally used on heavy-duty machinery and mounted on the ceiling, wall, or the machine itself.

This oules is used where the cord needs to be pulled out in an angular or in-line manner. It stops the cords from piling and prevents friction by stopping the cords from rubbing against the wall of the reel.

Cords can bend up to 90 degrees through the outlet and has a large roller within the bracket that’s not attached to it and is mounted by a ball bearing to the reel. The upper bracket can make a 360 degrees swivel, and cord pull out can only be done up to 120 degrees to prevent twisting.

Understanding the construction and outlets of a cord reel enables you to choose the best device for your application. It also promotes safety for the user and equipment since you know what happens or the maximum limit of each payout; hence better results are produced.

Who Should Buy The Foldable Wardrobe?

Components of a window regulator

Why Human Hair Wigs Are Worth The Purchase?

Applications Of Hose Reels In Firefighting

How To Properly Store Your Boning Knife